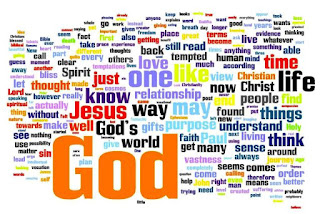 What was is it between God and Job?

God loved Job very much. He was proud of Job for being such a faithful believer.

How do I explain that I think Job and I were separated at birth by a few thousand years?

Did God stop loving Job? Not in the least. If it were possible, God loved Job even more. and He wanted to prove how much Job loved Him. So, in a way God was showing off.

More to the point, God was showing Job off. 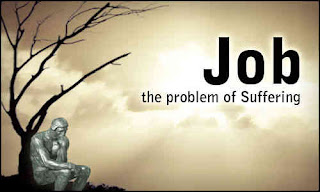 If you are a parent, you understand this concept very well. What parent could pass up a perfect opportunity to show off how proud they were of their child?

And, just like most children who don't understand what their parents were doing, Job was confused and didn't understand why God would do this to him. He was a good man. Even so, God picked Job to be tested.

"Was it unfair for God to allow Job to suffer over what was basically an argument between God and Satan?" 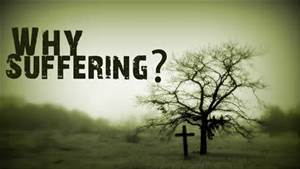 "A surface reading of the book of Job usually evokes a reaction such as “Why is God making a ‘bet’ with the devil? God is being unfair to Job!” If we are honest and not just trying to defend God, He seems at first like some kind of cosmic ogre. God not only wagered Satan over the outcome of Job’s trials, but He actually provoked the bet (Job 1–2). To make matters worse, Job never finds out why he was afflicted in the first place. This is very disturbing for those who hope to see God as just, gracious and loving and not just “playing” with us as if we were pawns on a chessboard. So, in a way, the story of Job puts God on trial. To really understand what is going on in Job, we need to evaluate how this “trial” is litigated in the book’s argument."


Job’s friends and wife all told Job to curse God for the calamities that had fallen on him.

“His wife said to him, “are you still maintaining your integrity? Curse God and die!” Job 2:9

“He replied, “You are talking like a foolish woman. Shall we accept good from God, and not trouble?” Job 2:10 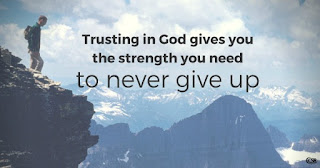 Job trusted in God, he concluded that trouble from God was better than comfort and ease without God. He was confident that God has his best interest at heart, even though he count not understand how that could be true in his present situation.

The Lord Himself said, “I bring prosperity and create disaster; I, the Lord, do all these things.” Isaiah 45:7

So where does that leave us in our current time? And, how does this fit in with my thinking Job and I were separated at birth? 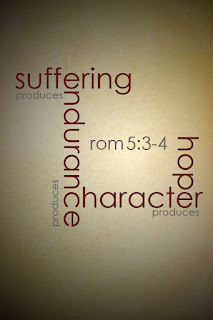 Well, let me tell you that God must be so proud me. That has to be the reason why my life has gone the way it has. Otherwise, what I learned about Job doesn't matter. And I don't believe that. I believe that God loves me and is proud of me.

Challenges and Trials of Suffering are God's way of building our Trust in Him.

I believe that it's absolutely true that bad things happen to good people. I also believe that God never gives you more than He thinks you can handle.

I just never realized I could handle so much in my life at one time.


I know God has a plan for me. I continue to pray for guidance and direction to follow it, patience to wait for it, and knowledge to know when it comes.

God is working on me. I'm unfinished. As in the song by Mandisa. 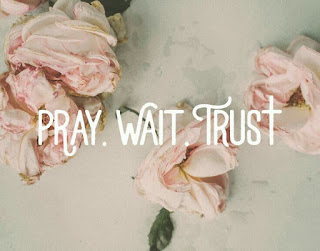 God wants His voice to be the only voice I hear. I must listen for Him to speak to me.


God's timing is perfect; never early, never late. I must have patience, I must wait, I must trust. 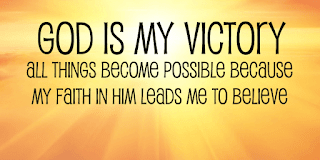 When God permits suffering, He also provides comfort. I believe in Him, and I have faith that He will be my victory. 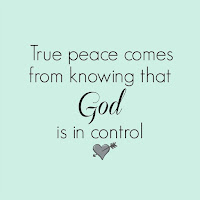 He is in control. The adage, "Let Go and Let God" is not something people "parrot" to give you comfort. It's guidance of faith.

One of my favorite verses is:


"I can do all things through Christ, who gives me strength." -- Philippians 4:13

I swear to you, don't lose sight of God's guidance. It may be subtle as the soft flutter of a ladybug's wing, or as wild as a massive storm in the middle of the ocean. Regardless, pay attention!

I sure wish I did.

Too bad I wasn't looking when he was showing me. It would have made things so much easier. But, then, this isn't about making things easy, is it? 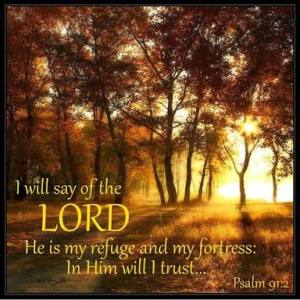 Was it coincidence that I learned, almost too late, that I should have been focusing on my faith in God to set a path for me to follow?

I don't think so. I think, like Job, I had to experience all that I did to become the person I am now.

I needed to learn patience.


Do you remember this quote? 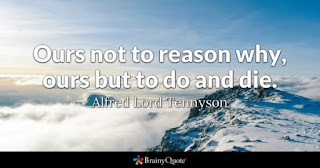 "Ours is not to reason why, ours is to do or die."

It was by Alfred Lord Tennyson. 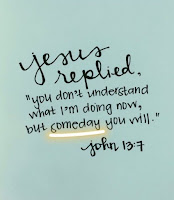 The same can be applied to Jesus when he said, "You don't understand what I'm doing now, but someday you will" -- John 13:7


Paul tells us in Romans,

My life-long walk with Christ, as I trusted God and believed in His protective angels, put me through the following major traumatic situations. Through it all, Jesus was my ROCK. : 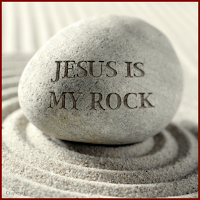 •   After joining the USMC and transferred to Twenty-Nine Palms Marine Corps Base in California, I was drugged and repeatedly gang-raped by male marines (I refuse to use the capital ‘M’; they don’t deserve it.)

•   Surviving a cross over to death during my third and last childbirth - a son - in which I was on bed rest for the entire pregnancy. My son and I both nearly died.

•   A car accident, in which I should never have survived - extracted, sent to the ER, with a compound compression fracture of the lower lumbar. Discovering Congenital Spinal Stenosis with no treatment option. Eventually the spinal canal will narrow to the point my spinal cord will be crushed and I will no longer walk.

•   An emotionally, physically abusive first husband whose last actions and words to me before I left, was a violent rape, him placing a loaded .357 handgun on the headboard of our bed and the words “Don’t close your eyes tonight, you might not wake up.”

•   A rear-ending by a Phoenix city bus that sent my three children and me to the hospital. We were crushed between the bus from behind and the car it pushed us into.

•   A hypnotherapist’s sexual abuse under treatment.

•   An unfortunate 2nd marriage, which I regretted as soon as it happened.

•   An emergency hysterectomy to remove a pre-cancerous cervix and uterus.

•   Stalking and threats from 1st husband and the Mexican Mafia - resulting in a judge and sheriff advising me to take my children and pack up, don’t tell anyone when or where, leave no forwarding information and get away in the middle of the night and go somewhere that my ex-husband and his connections to the Mexican Mafia could not find us. They eventually did and took my children away from me for nearly 6 years.

•   A life-changing, move across the country to Florida, discovering my soul’s mate - the water. A parade of unsuitable lovers in a desperate attempt to fill the void in my heart for someone to love. Another suicide attempt, after a particularly close relationship with a man 11 years my junior.

•   Discovering my other half and the only man I could ever truly love in a twist of circumstances, where neither of us expected it. He helped me discover my real self, build my self-esteem, and grow with an adventurous spirit that rode a Kawasaki Ninja motorcycle. He saw who I was way before I ever knew myself! I love him for that.

•    A brush with death again when I discovered a lump in my breast. The surgeon removed it to do a biopsy and only then determined it was benign. A golf-ball size benign tumor.

•   A life-threatening Thyroid Storm, resulting in Grave’s Disease and medically ordered bed rest in which I could no longer return to work.

•   Another emergency surgery to remove infected ovaries, which threw me into premature menopause.

•   Beginning my successful career as a published author fulfilling a dream I had since high school.

•   Years long battle with lawyers to gain PTSD and disability due to being drugged and raped by 2 marines (Eventually, the final decision was MST (Military Sexual Trauma) PTSD with Major Depressive Disorder, 100% disabled and unemployable)

•   Chronic sleep issues (Insomnia & Narcolepsy) From childhood traumas, rapes, abuses, I knew if I closed my eyes at night bad things would happen, so my mind refused to let my body relax enough to sleep. Severe Narcolepsy episodes of Cataplexy, Sleep Paralysis, Hallucinations

•   Most recently diagnosed with SIADH (Syndrome of Inappropriate Antidiuretic Hormone) after over a year of low sodium, hyponatremia, hospitalizations for critically dangerous low sodium, many falls with fractures of hip, elbow, shoulder, etc.

•   Grieving the loss of 25 years of writing after a "perfect storm" of events caused my thumb drive, back up, and back up to the back up, to all be lost at the same time. This gave me an opportunity to have long talks with God about my future, what His plans were, where He wanted me to go, and how. This resulted in studying Christian Counseling and doing pro bono counseling, Find Your Heart's Joy Christian Counseling / Coaching was born.

•   I already have shown some signs of dementia, although nothing to cause concern, but we all know where it's heading. 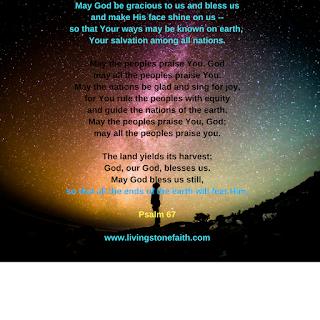 See the final in Part 4