It's time for the "Five Minute Friday" blogging post. The inspiration comes from Lisa Jo Baker. 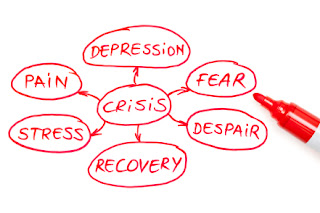 With someone with Bipolar Disorder, the rest doesn't come as easy. Especially when you are in a depressive cycle like I am right now. Rest is but a fleeting memory of long ago wishes. Rest means attempting to center myself from a raging beast inside of me. Rest means attempting to calm the beast while I read a "not so stimulating" book, or watch a "not so stimulating" movie to give the beast distraction. Rest means following my action plan. Watching for symptoms. Avoiding triggers.

This isn't my first attempt at soothing this particular amusement park ride. I've lived with Bipolar Disorder for a long time. A very long time. I've had depressive episodes that have lasted only a week and have lasted for over three years. The hard part is never knowing when or how they're going to rear their ugly head.

It's time for the "Five Minute Friday" blogging post. The inspiration comes from Lisa Jo Baker. 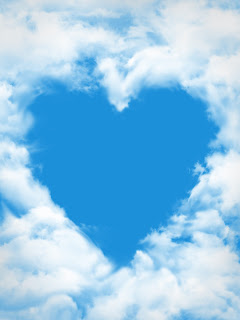 Home used to mean a structure. A place to live. Where I put down roots and made a nest. Home no longer means any of those things. Home is where I will go when I die and am Heaven-bound. That is home to me. My existence in this world is temporary. We all are here on borrowed time. God's time. And, when God calls us home, what a glorious day that will be. Home is where my heart is. My heart is with my Lord Jesus Christ and my place is at his side. Just as he's been at my side my entire life.

So, we can all live in our temporary structures with roofs over our head and a place to park our car, but can we really call that our "forever" home? Events change in our life. Will the house you live in now, be the same house you live in next year? In five years? At the end of your years? Nothing is the same except change. I think I heard that quoted somewhere. Only one thing is constant in my life. God's presence in my heart.

My "forever" home awaits me. Do you have a forever home to go to at the end of your days? 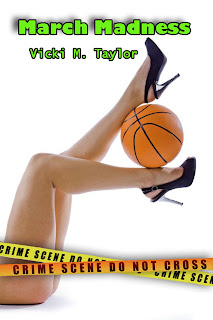 It's March Madness time and I thought I'd share with you the novella I wrote just for that occasion. That's how I got the idea to write the story, by watching a March Madness game.

It's the college basketball finals and someone's killing the girls in the Bellair Landing apartment complex, and leaving unusual calling cards -- a mascot doll from the losing team.

Homicide detective, Laurel, goes undercover to break the case but she finds more suspects than she can count and not enough clues. With an overprotective captain breathing down her neck and looking for any excuse to pull her from the case, Laurel doesn't have time for a relationship. Just her luck, she ends up with not one, not two, but several suitors. Which one is the killer?


March Madness is available from Amazon.com

I hope you enjoy this fun and suspenseful novella,


March 2nd is the day a very wonderful man was born. Theodor Seuss Geisel; born in 1904 - he died in 1991. Happy 109th birthday, to the most beloved children's author in the world.

Did you know that he wrote under several names? Dr. Seuss, Theo LeSieg, and Rosetta Stone? Yep, that was a new one for me too. I always thought Rosetta Stone was a language teaching software.

Here's an interesting fact from Wikipedia: "He was a perfectionist in his work and he would sometimes spend up to a year on a book. It was not uncommon for him to throw out 95% of his material until he settled on a theme for his book. For a writer he was unusual in that he preferred to only be paid after he finished his work rather than in advance."

How many writers can say they do that in this day? Dr. Seuss, (pronounced like "goose" rather than how he originally pronounced it like "voice") and his submission style can be a standard of which other writers can aspire.

"Dr. Seuss practiced what he preached: his first book, And to Think I Saw It on Mulberry Street, was rejected by 27 different publishers before it finally got picked up. “Think left and think right and think low and think high. Oh, the thinks you can think up if only you try!” Seuss once wrote. Try, try, try again, he did." Read more: http://newsfeed.time.com/2012/03/02/happy-birthday-dr-seuss-9-facts-to-know-about-the-famed-author/#ixzz2KmmnZHqG

I can quote you all the books he wrote and the number of sales he had, but leave it said that he sold a LOT of books. And, he wrote so many I can't count.

He was a prolific writer, not only in books, but in the advertising world, and as a cartoonist. Mr. Geisel, before he became the renowned "Dr. Seuss", did basically anything he could to make ends meet during the hard times of the Great Depression and World War II. Most of his work during that time was with advertising for such companies as: Flit ( an insecticide), General Electric, Standard Oil, NBC, and a local brewing company. He never gave up on his illustrations,stories and humorous articles. He published in Vanity Fair, Life, Judge, and other newspapers and magazines.

March 2nd is also the day set aside for National Read Across America day. What a great gift Dr. Seuss left to this world.

Although Dr. Seuss made a point of not putting a moral in his stories, he's been quoted as saying "kids can see a moral coming a mile off", he wasn't opposed to writing about issues and was quoted "there's an inherent moral in any story" and that he was "subversive as hell".

Do you consciously put a moral in your stories? Do you intend to have one when you start your story or does it just come naturally at the end?

I write about strong women put through major conflict that challenges their identity as a person to see how they react and how they grow as they fight their way through.

What do you write about and how do your characters grow?


It's time for the "Five Minute Friday" blogging post. The inspiration comes from Lisa Jo Baker.

I used to think I was ordinary. Just a student. Just a mom. Just a writer. Just a grandma. Just a Christian. But, after going to Bible Class and learning about Living Stone faith, I no longer consider myself "ordinary". I am Extraordinary! I am loved by God. Jesus sacrificed His life for me. How amazing is that?

I'll never think of myself as "ordinary" again. Not when I walk with Jesus every day. Sharing my triumphs, my defeats, my troubles and my blessings. God is good. God is great. God made me extra"ordinary" in every way.

Sharing this with you is important to me. I didn't feel extraordinary so long ago. I fell into a deep depression, one so dark, I attempted suicide. God was there. He pulled me out. He saved me. And, now, I believe in Him with all my heart. He showed me the right path to follow. He actually put me in a position to see the sign for my neighborhood bible class. It was then and there I made the decision to walk in and join. God did that.

I am forever extra"ordinary" in every way. In God's way. I follow His path, His plan. He is writing a new story with me for me. My words are His words.