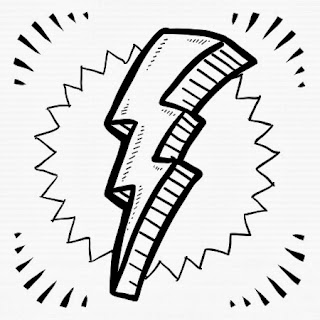 Henry and Selma Higgins retired to a small assisted living community on the shores of the Gulf of Mexico, not far from Tampa. Henry, being the more mobile of the two, spent much of his day wandering the neighborhood, picking up gossip, and managing to stay out of trouble - only just.

Selma looked forward to Henry’s walks because it got him out of her way. She loved the man dearly but wished at times he would cease his endless prattling. Take this morning for instance. Selma busied herself by cleaning up after breakfast while Henry followed her like a puppy begging for attention.

“Selma, did I tell you what old man Patterson said yesterday?”

“Did I tell you that he’s been keeping company with that widow down the way?”

“Henry Wallace Higgins! For crying out loud, will you find something to do? God should strike you down for wagging that gossipy old tongue!”

Henry mumbled about only wanting to pass on some news as he kept a fair distance from Selma’s sharp tongue.

“Henry, don’t you pay no never mind to what that old rogue Patterson does. I don’t know what’s worse, the two of you old men together out causing trouble or you both on your own, getting into twice as much!”

Selma turned at a quick knock on the door. “Speak of the devil.”

“Hey, Higgins, come on out. Gotta show you sumpin’ out here!”

“Oh, go on with you. It’ll get you out from under my feet. Just don’t get into anymore trouble!”

With an excited yelp, Henry grabbed his hat, pecked Selma on the cheek and headed for the door before she changed her mind.

Wiping off the counter, Selma dropped the rag and held a hand to her mouth to suppress a giggle. “That old man will never grow up.”

She settled into her easy chair with a glass of sweet tea and her favorite magazine. Halfway through an interesting story, she jumped nearly six feet while dropping her magazine when Henry bounded through the door wheezing and out of breath.

Holding a hand over her heart she gasped, “Good Lord, you gave me such a fright!”

Henry collapsed on the small couch, mimicking Selma’s hand clutched to her chest. “You should have seen us, Sel. “

“We found this snake in the laundry room.”

“And set it loose in the rec room.”

Gasp. This was from Selma.

Henry’s eyes watered as he laughed like a little boy.

“Henry Wallace Higgins, God should strike you down for all those practical jokes you play!”

The next morning, Selma and Henry sat quietly as they listened to the pastor’s sermon about the power of the Almighty God. Afterwards, they filed out of the church with the rest of the congregation. The parking lot emptied fast. By the time Henry and Selma paid their respects to the pastor, only a few cars were left.

Henry held Selma’s arm as he walked at her side, slowing his eager steps to her more hesitant ones.

“Selma,” Henry kept his voice low. “Old man Patterson and I want to—“

Selma blinked and shielded her eyes. She struggled to sit up only to find herself being held down by a man in a fireman’s uniform. “What happened?” she asked, confused as to why her voice sounded so far away.

“Near as we can figure, ma’am, a lightning strike.”

“He’s fine too, ma’am. We’re going to take you both to the hospital and get you checked out.”

Familiar laughter drifted across to Selma’s ringing ears. How could that old fool be laughing at a time like this?

The old man’s body shook as he laughed. Those in the crowd murmured that the shock had caused him to lose his mind. For who in their right mind would laugh after being struck by lightning?

The first set of paramedics helped him to a stretcher while the others helped poor Selma. As they lay side by side in their separate stretchers, Selma held out her small, bony hand toward Henry. She shook a finger at him, “See, I told you that God would strike you down!”

“What are you laughing at old man?” Selma demanded. Her voice hoarse and scratchy.

Selma stared back in disbelief. “What?”

“God didn’t strike me down, he was aiming at you!”

“See what you get for telling Him what to do all the time!” With a final burst of laughter, the old man lay back on his stretcher and motioned with his hand for the paramedics to put him into the ambulance.

HAHA I never thought it was going to end that way!

Hi Cassandra, thanks for reading my story. It did have a twisty ending, didn't it? :-)

Love it! Great twist at the end!-Ashley

Thanks, Ashley. I'm glad you liked it.