My Escape from Childhood 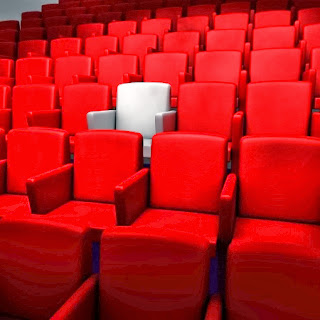 The front porch of my childhood home wasn’t a porch at all; more like a stoop or just a step. Concrete, about eight inches high, it separated the front yard from the front door. To everyone else it was just “the front step,” to me it was much more. It was where I perched my bottom on the cold concrete and waited. At first, I didn’t know what I was waiting for, only that I didn’t have it.

I sat on the front stoop and watched cars drive by, restricted from going any further away from the familiar confines of my home. As I grew older, I sat and waited for friends to come over to play or for parents to visit on “their day.” Hundreds and hundreds of days came and went, with visits and later with disappointments when the clock ticked away the minutes, then hours until I could no longer deny that no car would pull into the driveway; no parent would swoop in and take me away. On that stoop I dreamed and I waited. What was I waiting for? I waited for my chance to escape.

With an overwhelming sense of understanding, beyond my young years, I knew I didn’t belong. I didn’t fit into the life I’d been born.  I only existed; floating between the other lives that continued on around me. Born to a mother who couldn’t love my father she married another who gave me his name. Parents and stepparents drifted in and out of my life; so much so that I lost track of their names and faces. Nothing was real, only the cold realization growing inside of me of an unknown desire to escape.

My pursuit for escape took a dramatic turn in the early 1970s. Escape encompassed my desire to disappear; disappear from my family, my school, but most of all, from my life. Unsure of how to fulfill my desire, I searched for a solution to what I envisioned as my problem.

It didn’t take too long to discover the key. It appeared, almost as if by magic.  Eager, excited, and full of anticipation, I watched it take shape. For many months, from the window of my school bus, I kept an eye on the builders as they moved concrete blocks around and poured cement. First the foundation, then the walls, and finally a roof appeared as if right before my eyes. Large glass doors and plate glass windows gave the building a wide, gaping, friendly look that seem to say, “come in, I’m here for you.”

The two small windows from which tickets were sold balanced the smiling face. Unblinking, they beckoned to me, “come in, I’m here for you.”  I knew it was meant for me.

Opening day arrived. I paced, checking the time every few minutes until I could find an excuse plausible enough to satisfy the adults in my life. Rushing to the door, I reigned in my excitement, certain that if my joy were detected, it would be taken away.

As casual as I could, I opened the front door, stepped onto the front stoop, and closed the door behind me. Tense, my spine stretched tight, waiting for any noise from inside to call me back. Nervous, I took the first tentative step off the stoop, slowly at first then gaining in speed as I covered more ground across the lawn. Out of the driveway and finally on the road, I could start to relax. I was on my way.

I walked the two miles from the house with the front stoop to the first walk-in movie theater in our town. The two miles seemed insurmountable, although, with each step, I knew it brought me closer to my destination. I kicked at gravel along the side of the road and swiped at waist-high weeds along the ditch. With each kick I wished I were already standing in line for my ticket. With each swipe I willed myself to already be sitting in my seat.

I spent most of my teenage summers huddled in a soft seat in the darkened theater staring up at the wide screen. Nearly every weekend you could find me in the cool, dark shadows, far away from the realities of divorce, step parents, and becoming a teenager. In the theater I didn’t have to think; only see.

I absorbed every horror film shown, devouring them over and over again. I couldn’t get enough of the creepy, campy horror films of the early 1970s. No matter that I had nightmares every night. I was addicted. They were my anti-thesis. I endured life, knowing the dark theater with its visual trips to far away places would comfort me in times of need.

The characters in the movies became an extension of my identity. In observing their evil deeds I could manifest my inaction through them. I watched a young boy train rats to attack people in Willard and then watched Ben do the same. Not truly understanding the significance, I pretended that those in my life who hurt me would end up in the same predicament. They would pay for their misdeeds.

Trainable animals gave way to intelligent vehicles. My appetite for horror was voracious. Just like the gasoline truck in Duel, I plowed my way through more and more films.  It was when I first saw Carrie, that I understood my reasons for watching these shocking shows. Here was someone that dispensed justice to those who harmed her. I silently rooted for Carrie while those in the theater around me were frightened.

My life took on a new twist – graduation. I found a new escape from that small house with the small stoop - I lived.

The theater is still there although it no longer shows first run films. Age has caught up with my once favorite refuge, just as it has caught up with me. Wrinkles on my face and the gray in my hair mirror the cracks in the building’s concrete surface as it shines dully in the sun showing pits and broken cinder blocks.

It’s been a very long time since I sought to escape using horror films or theaters. Today I write my dreams in journals. I no longer ache to escape a dreary life, but to embrace its beauty. Every morning I thank God for having one more day to live. Every evening I thank God for giving me that day. Life has become valuable. And I am grateful to a small, hometown theater for rescuing me before I ever got the opportunity to understand that life truly is precious.
Posted by Vicki M. Taylor at 10/27/2013 12:30:00 AM

Beautiful, haunting post Vicki. I loved how visual this post...I could almost see you as a child.-Ashley

It's amazing how children are able to find ways to escape the pain that surrounds them. Very moving post, Vicki. Oh, if only teachers and other adults knew to climb inside their student's heads to offer comfort to those who are in need.

Ashley and Renee, thank you so much for your comments. Yes, it was a haunting and hurtful time but I found a way through. Have a blessed day!