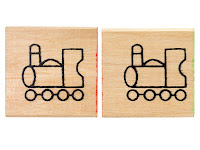 I’ve been invited to join in on “The Great Big Book Tour” that commences December 21, 2012 and for the next few days. I haven’t joined in one in a while, so we’ll see what kinds of questions we have to answer and whom we’re going to meet on this tour. Choo! Choo! All aboard! We're leaving now!

1) What is the working title of your book?

I’ve just finished two novels and they released at the end of this year: Good Intentions and Out for Justice.

2) Where did the idea come from for your book?

My ideas come to me from a variety of sources. Dreams, newspaper articles, magazines, real life news stories, and thoughts I may have from time to time.

The idea for Good Intentions came from a newspaper article that caught my eye. It was a very long article about a family who attempted to adopt a pregnant teenager, and subsequently her baby. The story interested me, because this family was already made up of a mom, dad, and five children. It was a very heart warming article.

Out for Justice came to me in a dream. The entire story was there, and I even had exact vivid images of how the characters would look and act. I woke the next morning and wrote and wrote as much as I could remember. I love how stories come to me like that. I wish I had a machine attached to my head so I could capture all my dreams!

3) What genre does your book fall under?

Good Intentions would be under contemporary family drama.

Out for Justice would be filed under contemporary romantic suspense.

4) Which actors would you choose to play in your movie rendition?

I’ve never thought about my stories in that way, so this is a hard question. Each character is unique and I don’t craft them after a movie actor. I guess, in Out for Justice, Karen, the homicide detective would probably be played by a young Ashley Judd. In Good Intentions, the pregnant teenager, Megan, could be played by Kirsten Dunst, and Tracy, the mom, could be played by someone like a younger Kathleen Turner.

I really don’t like putting movie actors to fill in for my characters, as I want my readers to develop the full character from what they read and fill in with their own imagination.

5) What is the one sentence synopsis of your book?

OUT FOR JUSTICE: Rookie Detective Karen Sykes is out to prove she is good at her job, finding justice for a darkness in her past through law enforcement

GOOD INTENTIONS: Good Intentions is the tragic story of one woman’s efforts to help a teenage mother.

6) What other books are similar to yours?

As far as Good Intentions is concerned, I’ve never read of another book like it.

In Out for Justice, the plot twists make it unique from other romantic suspense books I’ve read.

7) How long did it take you to write the first draft of your manuscript?

Out for Justice took nearly a year of writing and about a year of editing.

8) What other books would you compare this story to?

I guess Good Intentions could be compared to a Jodi Picoult book. It has that kind of drama in it.

Out for Justice, I don’t compare it to a particular book, but if you read romantic suspense, you’ll definitely enjoy Out for Justice.

I try not to compare my books to others because I’d rather the reader begin the journey of self discovery themselves and not be biased by anything I’ve compared the books to that might cloud their reading pleasure.

9) Who or what inspired you to write the book?

In Good Intentions, the mother of five in the newspaper article who loved enough to want to adopt a pregnant teenager inspired me. She is truly an inspiration.

As for Out for Justice, I felt that my story is a conglomeration of all rookie female homicide detectives. I didn’t choose a particular one. She came to me in a dream.

10) What else about your book might interest the readers?

In Out for Justice, rookie homicide detective, Karen Sykes, fights to bring justice for the murder of a four-year-old boy. She has personal reasons for getting so involved in the case. She also feels an attraction to one of the crime scene technicians.

In Good Intentions, Tracy Reynolds, the mother of five, has so much love to give that she can’t turn her back on Megan and her baby. She does have a tendency to bring home every stray in the neighborhood and her friends and family have their doubts. Tracy struggles to prove everyone wrong even though the odds are stacked against her. Read how she overcomes every obstacle thrown her way.

You can find these books at your local B&N bookstore or ordering it at any bookstore, or by clicking here:

Confused about where to go next and what to read?

Please visit the blogs listed below participating in this Great Big Book Tour: