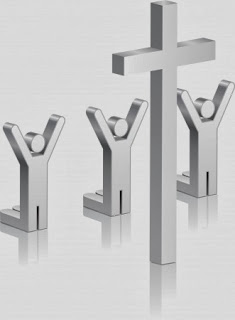 We have the right to

And so many more rights than these I've listed. What we are actually saying is "we are free."

However, when seeking God, you obey Him.

Do you think obedience is too tough?

Consider Jesus. He's royalty. He sits on the throne with God and rules the Universe. One day every person will bow to him. But, when he lived here on earth he was completely obedient. Not just obedient, he was so obedient he did whatever God his Father told him to, right up and through dying on the cross for us.

He sacrificed His only son to get our attention and free us from a life of sin and damnation.

God wants you to obey even when it involves pain. Even it if isn't in your self-interest.

No matter the cost.

No matter WHAT the cost.

We obey how Jesus obeyed.

God values your obedience so much that he promises to exalt every person who obeys, as Jesus did, in his new heavens and earth.

"Your attitude should be the same that Christ Jesus had. Though He was God, He did not demand and cling to his rights as God. he made himself nothing; He took the humble position of a slave and appeared in human form. And in human form he obediently humbled himself even further by dying a criminal's death on a cross." - Philippians 2:5-8

Like I said before, obey. It's totally worth it.

vicki, all of your posts are so inspirational and heartfelt. i'm amazed at how much i reflect after reading your blog.

HI Ashley, a pleasure as always to see you here. Thanks for posting.

Hi Catherine, thanks so much for visiting and reading my posts. I'm glad that they have touched you so deeply. Have a blessed day