This was sent to me in an e-mail with no information about the original author. So, I'm sharing it with you. 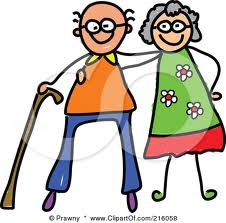 ARE WE THE ONES WHO ARE AGING???

Recently, when I went to McDonald's I saw on the menu that you could have an order of 6, 9 or 12 Chicken McNuggets.

I asked for a half dozen nuggets.

'We don't have half dozen nuggets,' said the
teenager at the counter.

'We only have six, nine, or twelve,' was the reply.

'So I can't order a half dozen nuggets, but I can order six?'

So I shook my head and ordered six McNuggets

(Must have been the same one I asked for sweetener, and she said they didn't have
any, only Splenda and Sugar.)

I was checking out at the local Wal-Mart with just a few items and the lady behind me put her things on the belt close to mine.  I picked up one of those 'dividers' that they keep by the cash register and placed it between our things so they wouldn't get mixed.
After the girl had scanned all of my items,
she picked up the 'divider', looking it all over for the bar code so she could scan it.

Not finding the bar code, she said to me, 'Do you know how much this is?'

I said to her 'I've changed my mind; I don't
think I'll buy that today.'

She said 'OK,' and I paid her for the things
and left.

She had no clue to what had just happened.

A woman at work was seen putting a credit card into her floppy drive and pulling it out very quickly.

When I inquired as to what she was doing,
she said she was shopping on the Internet and they kept asking for a credit card number, so she was using the ATM 'thingy.' 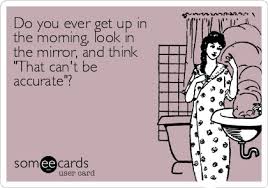 I recently saw a distraught young lady
weeping beside her car. 'Do you need some help?' I asked.  She replied, 'I knew I should have replaced the  battery to this remote door unlocker.  Now I can't get into my car. Do you think they (pointing to a distant convenience store) would have a battery to fit this?'

'No, just this remote thingy,' she answered, handing it and the car keys to me.  As I took the key and manually unlocked the door, I replied, 'Why don't you drive over there and check about the batteries. It's a long walk...'


PLEASE just lay down before you hurt
yourself!!!

FIVE
Several years ago, we had an Intern who was none too swift.  One day she was typing and turned to a Secretary and said, 'I'm almost out of typing paper.  What do I do?'  'Just use paper from the photocopier', the secretary told her.  With that, the intern took her last remaining blank piece of paper, put it on the photocopier and proceeded to make five 'blank' copies.

A mother calls 911 very worried asking the dispatcher if she needs to take her kid to the Emergency Room, the kid had eaten ants. The dispatcher tells her to give the kid some Benadryl and he should be fine.  The mother says, 'I just gave him some ant killer......'

Dispatcher: 'Rush him in to the Emergency Room right now!' 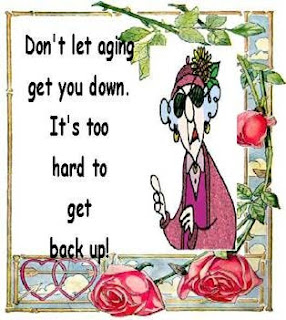 Perks of reaching 50 or being over 60 and
heading towards 70!

02. In a hostage situation you are likely to
be released first.

05. People no longer view you as a
hypochondriac.

06. There is nothing left to learn the hard
way.

09. You can live without sex but not your
glasses.

10. You get into heated arguments about
pension plans.

11. You no longer think of speed limits as
a challenge.
12. You quit trying to hold your stomach
in no matter who walks into the room.

13. You sing along with elevator music.

15. Your investment in health insurance
is finally beginning to pay off.

16. Your joints are more accurate
meteorologists than the national weather
service.

17.
Your secrets are safe with your friends
because they can't remember them either.

18. Your supply of brain cells is finally
down to manageable size!!!!

20. And you notice these are all in BIG 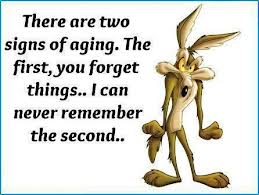 PRINT for your convenience!!!

Forward this to everyone you can
remember right now!!!!

Never, under any circumstances, take a
sleeping pill and a laxative on the same
night! 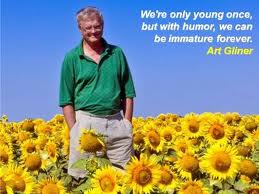 Now that you've had your laugh for the day go out and share that smile!

Oh Vicki, those were awesome!

I cannot stop laughing!! Nobody expects you to run...anywhere! Bwahahaha. I totally believe the first one with the half-dozen. Kids today can't even make change without the cash register telling them exactly how much to give people. It hurts my heart every time I see that. GAH!!! --Lisa

I'm glad you enjoyed this humorous post. It was fun poking fun at the young and seeing the truth in aging can still make you smile and laugh.

Lisa, I agree. It's sad to see how much these young kids don't know. They need a lesson on the basics.. of life!

That is hilarious, Vicki. I enjoy this.

Verry good write-up. I absolutely love this site.
Thanks!

I'm impressed, I have to admit. Rarely do I come across a bloog that's both equally educative
and amusing, and let me tell you, you've hit the nail on the head.
The issue is an issue that not enough folks are speaking
intelligently about. Now i'm very happy that I came across thhis in my search for something concerning this.

I am not sure where you are getting your info, but good topic.
I needs to spend some time learning much more or understanding more.
Thanks for excellent information I was loioking ffor this information for
my mission.