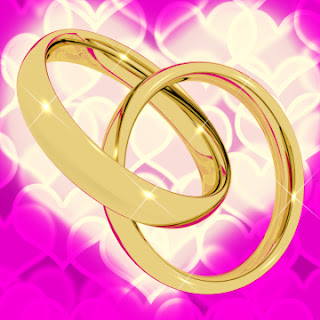 Today I celebrate fifteen years married to the most wonderful man on Earth. Let me tell you a little about how we met and how my husband proposed.

My husband, Greg, and I met at a place where we both worked. It wasn’t love at first sight. It was more like dislike at first sight. I thought he was arrogant and a know-it-all and he thought I was a pain in the ass. Why? Because he was a computer programmer and I was a technical writer.

Most computer programmers have very little patience when it comes to having a technical writer document their programs. But, it was my job and I took it very seriously. After a while, Greg realized I knew what I was doing and wasn’t so hostile to me. I got to know him better through impromptu employee lunches and saw that under the arrogance was a nice guy.

We unofficially buried the hatchet and soon enjoyed activities outside of business like happy hours and playing cards and movies. All of these activities were together with other employee friends. We weren’t a couple by any means. Throughout this time, Greg went through a painful divorce. We all tried to be there for him, but it was me he turned to in his most depressing hour. We talked, cried, and just sat together the entire day the divorce became final. We bonded.

That bond grew stronger, and we became better friends. He took me for rides on his motorcycle and began to enjoy each other’s company outside of our other friends. We kept this side of our relationship separate from work. We didn’t tell our co-workers or anyone else. We hadn’t even kissed yet. It actually took a few months before we exchanged our first kiss. When we did it was as if all the stars in the sky brightened a hundred-fold. We clicked. It felt so right. As if, we’d finally come home. Together.

Our relationship grew along with our love for one another. We’d been living together for about a year, when Christmas time drew near. It would be our first "real" Christmas together, tree and all. The year before Greg had gone back to his home in Pennsylvania to share Christmas with his family. My oldest daughter was coming to spend Christmas with us and would arrive on Christmas Eve. On the morning of December 22nd, Greg insisted that we each open a gift. He told me that the gift he wanted me to open was meant to be just between us.

I had no idea what he could have been thinking at that moment. I was bewildered and confused. He sat me down on the sofa and placed a very large, but light box in my lap. I tore the wrapping off and opened the box eager to see what was inside, but only found newspaper -- and another box. The box was addressed to "somebody special." Once again, I eagerly tore into the wrapping and opened the box, only to find a note. I was led on a scavenger hunt throughout the apartment finding little notes everywhere, until I got to the last note.

The note read " Find the little blue church and you will find your present."

Talk about strange messages! I sat and thought about the cryptic message and then realized that we had placed a small wooden church ornament on the tree and it was painted blue. I searched the tree for the little church all the while thinking I was getting a necklace or earrings because I had hinted long and hard about what I had wanted for a present. Finally, I found the little blue church. With disappointment, I noticed that no necklace or earrings hung from the little ornament. However, when I turned the little church upside down, there was a note taped to the bottom. It read "Turn around."

Now, I was shaking. My hands trembled as I replaced the ornament, careful not to disturb anything else on the tree. I slowly turned around and there was Greg, on his knees, holding open an engagement ring box. Inside was the most beautiful and elegant ring I had ever dreamed.

It was such a huge shock to me that I immediately burst out crying. Of course they were happy tears and of course I said YES! We were married a year later, and my oldest daughter was our witness.

So, today, as I sit here fifteen years later, he’s still the man I would choose to spend the rest of my life. He’s still my best friend. Our love has deepened into such a beautiful bond that I can barely believe it at times. I prayed for a man like Greg, and God granted my prayer. In His time, not in mine. I had a lot of growing up to do before I met Greg, and I had a lot to learn after I met him. He encouraged me, built up my self-esteem and treated me like no man ever had. Together we make it work. That’s how it is best said about our relationship. Together.

Workplace love doesn't frequently end up this way..good for you for beating the odds!

Dez, you're right. We did beat the odds. And, we have such a strong relationship, with friendship and love as the foundation.

Congratulations. That is awesome