Is It Ever Okay to Lie? 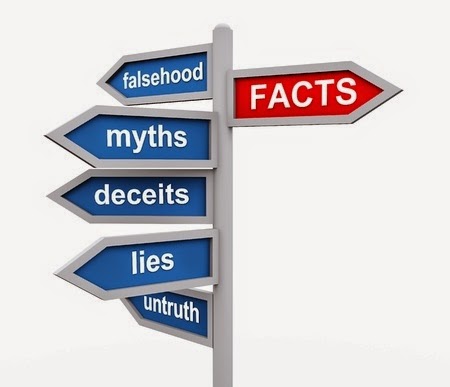 In Sunday School last week, we had an extremely spirited debate regarding the question, "Is it okay to lie?"


People on all sides of the pews, me included, cited verse after verse, where God spoke of His law (Commandments) of not giving false testimony against our neighbor.

So, what does that mean?

Giving false testimony means lying in court. God knew that Israel could not survive unless its system of justice was incorruptible. However, we should be honest in our private dealings as well as our public statements. Whenever we "give false testimony," by leaving something out of our story, or telling a half-truth, twisting the facts, or inventing a falsehood, we're telling a lie.

God warns us against deception. Even though deception is a way of life for many people, God's people must not give in to it.

So, how do we explain all the lying that went on in the Biblical times? Were the lies "justified" in some way?

In Genesis 12:11-20 Abram passes off his wife, Sarah, as his sister, in fear of being killed for her beauty. Were his actions justified? Did he have other options? In all things we must trust God and do what is right even if the consequences appear unfavorable.

Do you know the old adage, "like father, like son?" Well, Isaac follows in his father's footsteps and lies about his wife, Rebekah as well, in Genesis 26: 26:7 for fear that he would be punished for her beauty. Once again he lacks the same faith that his father displayed in God's protection.

Another Genesis event is when Jacob might have lied to Esau in 33:13-17. It does leave it open for some interpretation. Here is what I'm thinking. We don't really know if Jacob met Esau in Seir. He may have simply had a change of plans once he settled in Sukkoth. It was clear he didn't want to travel with Esau. He did fear Esau's violent mood swings and might not want have risked traveling with him, or maybe he sensed Esau only offered to travel with him out of obligation. The Bible doesn't actually record any deceit by Esau when the brothers later bury their father.

Our next venture into lying comes from Exodus as we meet the midwives in 1:17-19. They've lied and disobeyed the king. However as I see it, the Bible neither approves nor condemns the midwives' lie; it only records what they did. God does use wicked kings and sinful people to further His plan without approving their behavior. As for the midwives, their faith and courage is more significant than their dishonesty, and through them God brought deliverance for His people.

Now we come to a question of whether or not God was being deception in Exodus 3:18 when He used Moses to counter the Pharaoh regarding a three-day trip. in 5:3, God later forced His hand and demonstrated his power, he did let Pharaoh choose his course of action.

In Joshua 2:4-5, Rahab lies to protect Joshua's spies and God blesses her! Why? Basically for the same reason as the midwives. God blessed Rahab for acting on her faith by hiding the spies and then sending then away safely. She confessed that she believed in Israel's God and she was commended for her faith and her faithful works.

David's friend and Saul's son Jonathan isn't immune to lies either. in 1 Samuel 20:28-29, Jonathan lies when he answers Saul's question as to why David hadn't been to the most recent meals. Were Jonathan's lies justified? David and Jonathan thought their ruse would reveal Saul's true intentions. Of course, they were right. Saul wanted David dead. The outcome of the deception, however, did not justify the lie. This episode reminds us of our fallen world and our compromised and fallen choices.

Here's an interesting dilemma for you to ponder. Why did David lie to the priest in 1 Samuel 21:2? When Ahimelek, the priest asked David, "Why are you alone? Why is no one with you?" Why did David lie? Two factors may have influenced David's decision to deceive Ahimelek: 1) David's life was on the link,k an he may have felt justified in resorting to deception to save his life. 2) David may have been trying to protect the priest from any accusation of involvement in David's escape from Saul. David's desire to preserve human life, that of another, if not his own, took precedence over telling the truth.

It's interesting to note that Jesus later cited the incident of David's request for bread to illustrate the principle that human need takes priority over ceremonial law. (Luke 6:3-4)

Once again. we find David in a lie, this time attempting to outwit the naive King Achish. 1 Samuel 27:8-10 shows us that David was still able to defeat Israel's enemies, establish a base for future operations and increase his prosperity. What was important here? The future of God's people and the survival of the kingdom.

in 1 Kings 13:18 we find an old prophet caught in a lie. In Biblical times, to defy a prophet was to defy God, Himself. Ignoring a prophet only made sense if the king believed the prophet to be insincere, uninformed or mistaken. How could the king know the prophet was telling the truth or lying? Usually through trial and error. The king would watch the prophet and see how righteous they were and if they had integrity.

The message here is to trust what God's Word says rather than what someone claims is true. And disregard what others claim to be messages from God if their words contradict the Bible.

In 1 Kings 20:20-22 some might say that God was lying. Would you? God allowed 400 prophets to prophesy falsehoods; he didn't force them. He used them just as he sometimes used heathen nations to punish Israel (Hab 1:2-11). However, take note that Micaiah denounces the false prophets in verse 23. God didn't trick Ahab, he offered him a choice - believe a lie or believe the truth.

So, this brings up an interesting question: Why would God use a lie to accomplish His purposes?
Not exactly. God used the seductive influence of false prophets to judge Ahab. They were determined to tell Ahab what he wanted to hear. God confirmed their plans to lie as a means to remove Ahab from the throne. These prophets, supported by Ahab, snared him in his sin. Because he listened to them instead of God, he was killed in battle. The lying spirit is a picture of the prophets' entire way of life - telling the king only what he wanted to hear, not what he needed to hear. Leaders only find trouble if they surround themselves with advisors whose only thought is to please themselves.

In 2 Chronicles 18:22 God gave Ahab the choice between believing a lie and believing the truth. If he'd been open to the truth, he would have recognized the false prophets were echoing his personal desires. In the final analysis, God did not deceive Ahab.

Did Elisha tell Hazael to lie in 2 Kings 8:10? Actually, Elisha truthfully stated that the king would not die of his present illness.  Presumably, the kind would have recovered had the illness had been allowed to run its course. Assassination, not illness, caused the king's death.

So, is it okay to lie to get rid of evil as Jehu did in 2 Kings 10:18-19? Jehu's ultimate goal was right: to remove Baal worship from the land. Even killing the Baal worshipers was justified; since idolatry was punishable by death under the Law of Moses I (Dt 17:2-6). However, Jehu's deceitful tactics (pretending to worship Baal in order to kill the prophets who came at his invitation) were unethical.

In Psalms 64:8 David speaks about how harmful words can be. They can be extremely harmful. Words can cause emotional damage that impacts a person's entire life. The more prominent a person's position is - and as king, David was very prominent - the more criticism they will receive. David struggled with detractors throughout his career, so it's difficult to link this psalm to any specific time or incident. Perhaps the most harmful words can from his own son, Absalom (2 Samuel 15:1-6). Eventually, those words forced David to flee for his life. (2 Samuel 15:13-14).

The words spoken against us are among the most painful attacks we may have to face. If we trust in God, these attacks will not hurt us.

I'll leave you with this, and you can ponder yourself, in the privacy of your own thoughts if it's ever okay to lie. From Proverbs 26:24-28

Enemies disguise themselves with their lips,
but in their hearts they harbor deceit.
Thought their speech is charming, do not believe them,
for seven abominations fill their hearts.
Their malice may be concealed by deception,
but their wickedness will be exposed in the assembly
Whoever digs a pill will fall into it,
if someone rolls a stone, it will roll back on them.
A lying tongue hates those it hurts,
and a flattering mouth works ruins.

This proverb means that people with hate in their hearts may sound pleasant enough; don't believe what they say.

So, I ask you, in your heart of hearts, is it ever okay to lie?