Simon versus the Sinful Woman 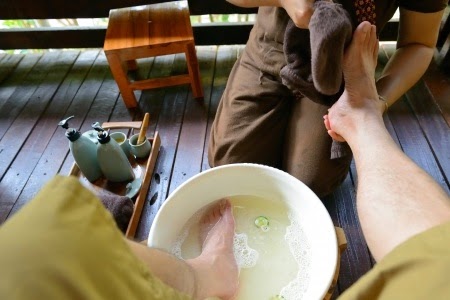 One of the Pharisees asked him to eat with him, and he went into the Pharisee's house, and took his place at table. And behold, a woman of the city, who was a sinner, when she learned that he was at table in the Pharisee's house, brought an alabaster flask of ointment,  and standing behind him at his feet, weeping, she began to wet his feet with her tears, and wiped them with the hair of her head, and kissed his feet, and anointed them with the ointment.
Now when the Pharisee who had invited him saw it, he said to himself, "If this man were a prophet, he would have known who and what sort of woman this is who is touching him, for she is a sinner." And Jesus answering said to him, "Simon, I have something to say to you." And he answered, "What is it, Teacher?"  "A certain creditor had two debtors; one owed five hundred denarii, and the other fifty. When they could not pay, he forgave them both. Now which of them will love him more?" Simon answered, "The one, I suppose, to whom he forgave more." And he said to him, "You have judged rightly."
Then turning toward the woman he said to Simon, "Do you see this woman? I entered your house, you gave me no water for my feet, but she has wet my feet with her tears and wiped them with her hair. You gave me no kiss, but from the time I came in she has not ceased to kiss my feet.  You did not anoint my head with oil, but she has anointed my feet with ointment. Therefore I tell you, her sins, which are many, are forgiven, for she loved much; but he who is forgiven little, loves little."  And he said to her, "Your sins are forgiven." Then those who were at table with him began to say among themselves, "Who is this, who even forgives sins?" And he said to the woman, "Your faith has saved you; go in peace."   Luke 7:36-50

Simon had committed several social errors in neglecting to wash Jesus' feet (a courtesy extended to guests because sandaled feet got very dirty), anoint his head with oil, and offer him the kiss of greeting. Did Simon perhaps feel that he was too good for Jesus? Was he trying to give Jesus a subtle put-down? Whatever the case, the contrast is vivid. The sinful woman lavished tears, expensive perfume, and kisses on her Savior. In this story, is is the grateful prostitute, and not the religious leader, whose sins were forgiven. Although God's grace through faith is what saves us, and not acts of love or generosity, this woman's act demonstrated her true faith, and Jesus honored her.

Overflowing love is the natural response to forgiveness and  the appropriate consequence of faith. But only those who realize the depth of their sin can appreciate the complete forgiveness that God offers them. Jesus had rescued all of his followers, whether they were one extremely wicked or conventionally good, from eternal death. Do you appreciate the wideness of God's mercy? Are you grateful for his forgiveness?

The Pharisees believed that only God could forgive sins, so they wondered why this man, Jesus, was saying that the woman's sins were forgiven. They did not grasp the fact that Jesus was indeed God. 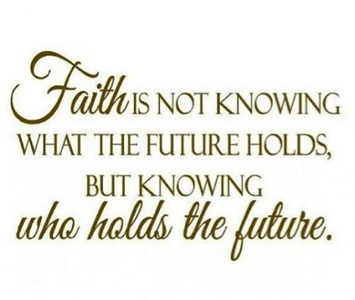 ___
Contrary to popular opinion, God does not sit in heaven with His jaws clenched, His arms folded in disapproval, and a deep frown on His brow. He is not ticked off at His children for all the times we trip over our tiny feet and fall flat on our diapers. He is a loving Father, and we are precious in His sight, the delight of His heart. After all, He "has qualified us to share in the inheritance of the saints in light." (Colossians 1:12) Think of it: He's put us in His inheritance!
Remember that the next time God is coming down on you. You have reason to give thanks. You don't have to qualify yourself for His kingdom. His grace has rescued you. -- Rick Robertson, Pennsylvania- guest poster