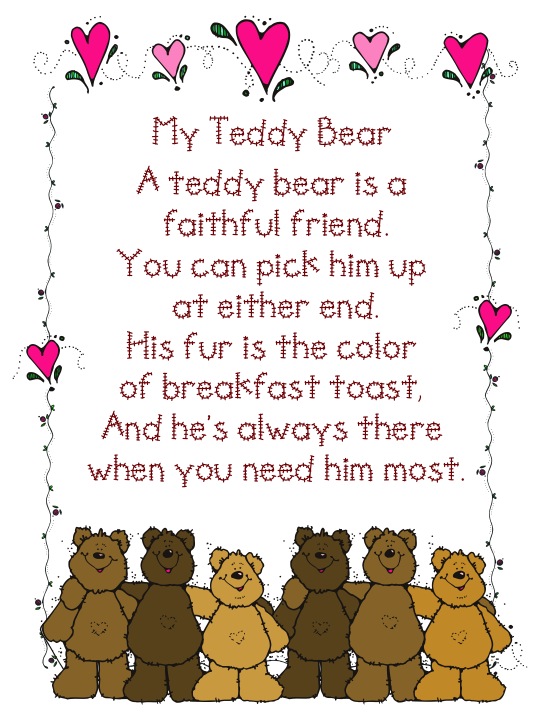 In honor of National Teddy Bear Day, Build-a-Bear workshops are offering limited edition commemorative teddy bears for $5.00 each. (Limit of 5 per customer) 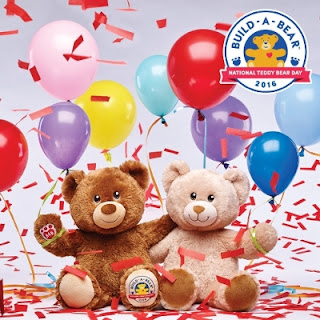 
I don't think I am the only person out there who has already altered her plans for the day, am I?


What is the origin of the teddy bear?


In November 1902, President Theodore Roosevelt and some of his friends went on a hunting trip to Mississippi. After hours of searching, Roosevelt and his group had not come across any wild animals. Finally, the group did track down and surrounded a helpless bear. One of the guides asked the president to shoot the bear so he could win a hunting trophy. The president refused, and news reporters throughout the country spread the story of Roosevelt's kind act.
Not long after this took place, a famous cartoonist named Clifford Berryman drew a cartoon based on Roosevelt 's rescue of the bear. When a store owner in Brooklyn saw the cartoon, he decided to make toy bears to sell in his shop. He asked president Roosevelt for permission to use the name “"Teddy's Bear"” for his toys, as a reminder of the bear Roosevelt had set free. Nowadays, everyone knows these toys as Teddy Bears, but few people know that they were named after President Theodore “"Teddy"” Roosevelt.
Source: The U.S. Navy
Fact Monster/Information Please® Database, © 2007 Pearson Education, Inc. All rights reserved.


So, what else can you do to celebrate? How about Today is Teddy Bear Day. A Teddy Bear is a special friend to children all over the world. He's cuddly. He makes you feel secure in an otherwise insecure world. He's lovable. Your Teddy Bear is both a companion and a comforter. And, he's not afraid of the dark. He'll keep you safe. Spend the day and night with your teddy bear. Cuddle up to him. Talk to him. And, do all of your favorite things together.


You can also add these ideas to ways to celebrate National Teddy Bear Day:

How the Teddy Bear Picnic Started. 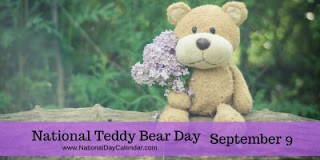 Looking for a way to share the joy and hope of Christ with other children? Consider adding a small teddy bear to your Operation Christmas Child shoebox.

Remember your teddy bear and use #NationalTeddyBearDay to post on social media. 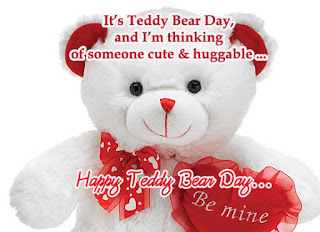 Parents and adults: No child should grow up without a teddy bear. If you know of any kid without one, use this day to buy a teddy bear for them.
As we become adults, some find it difficult to give up our teddy bears. We feel there is no reason to give him up. Some adults have their teddy bears around all their lives. Its perfectly normal....and okay.
Have a happy Teddy Bear Day! #TeddyBearDay